Week In Review: Is Gonzaga The 10th Best Mid-Major?

Share All sharing options for: Week In Review: Is Gonzaga The 10th Best Mid-Major?

Slowly but surely we are moving out of the recruiting season and into the 'ok let's talk college basketball' season. For some of you, I'm sure that is music to your ears as this offseason has been a major roller coaster ride. We started out with some lows as Gonzaga lost a couple kids to transfers, then we hit a major high when Gerard Coleman transferred in and Przemek Karnowski committed to Gonzaga but recently we have dipped a bit with the latest 2013 recruiting developments. While it doesn't look like the Zags will be bringing in any immediate impact 2013 high schoolers, there is some hope with some recent junior college prospects that have popped up. With that being said, let's take a look at some of the things that made news over the past week(ish):

I know this may lead to some groans from many fans but the staff has moved away from virtually all 2013 high school prospects. Over the past few weeks, Gonzaga's two main priority recruits throughout the summer: Darin Johnson and Jordan Mathews, have said they are no longer considering Gonzaga. Since then, a couple JUCO prospects have popped up, most notably Chris Griffin. Griffin, who will be at Wabash Valley College this year will be visiting next weekend (September 15th) and is a guy that Max and I feel could commit while in Spokane. We exchanged tweets with Brad Winton who runs JucoRecruiting.com and he said that Chris is an excellent prospect who has a versatile skill set and can score from a variety of spots on the court. Griffin is also being courted by Kansas State, Auburn, Mississippi State, and UTEP. Delon Wright out of City College Of San Francisco is another name on the radar but it sounds like Griffin is the priority in terms of 2013 junior college prospects.

Gonzaga & Saint Mary's 2012-13 schedules were graded VERY differently. Check out what one writer says about each after the jump....

Ever since Gary Bell and Kevin Pangos signed on the dotted line, we have been greatly anticipating the 2012-13 season. With a year under their belts, the exceptional duo should make up one of the better backcourts in the entire country. When you combine that with what appears to be a very skilled frontcourt led by Elias Harris, it is clear to see why fans are so excited for this year. Interestingly enough, SI.com's Andy Glockner has the Zags 10th in his early mid-major rankings. Getting frazzled over such early rankings is silly but there are some very solid non-BCS programs this season. In my mind, the non-BCS headliners are SDSU, UNLV, Gonzaga, and VCU but there definitely appears to be a number of teams that could make a very deep run.

Obviously the big name on this list is Goodluck Okonoboh who was a priority 2013 prospect but reclassified to 2014 to work on his game. Okonoboh along with Pope and Reid Travis are excellent post prospects and then you have guys like Collier and McLaughlin that are strong point guard prospects. One name that is absent from this list is Bryan Alberts. The 6'4'' guard has offers from Gonzaga, Stanford, Wisconsin, Washington, and many others so it seems like he should be in the Top 150 but the more under the radar he can fly, the better. We think he is the priority for 2014 at this point along with Goodluck.

Along with recently added BYU, Gonzaga and Saint Mary's are undoubtedly the class of the West Coast Conference, The two programs have taken two very different paths to getting there as it relates to scheduling. While Gonzaga adopted a 'play anywhere vs. anyone' strategy, the Gaels have been more on the side of 'let's win a ton of games and play one or two good nonconference teams'. This year is no different as Zack Farmer of The Examiner outlines. Farmer gives Gonzaga's nonconference schedule an A (which may be a bit high) and gives the Gaels a D. As Farmer says, Gonzaga is scheduling to build their resume in the case that they need an at-large bid whereas Saint Mary's more or less relies on the auto-bid. With that said, the Gaels will have two games against the Zags and two games against BYU to build their resume.

Our New Logo Is Sweet 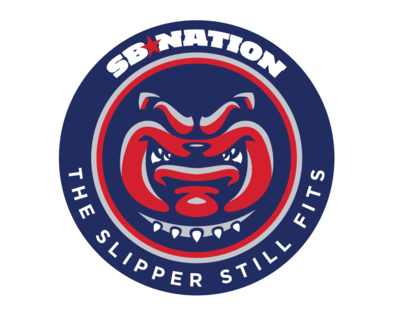