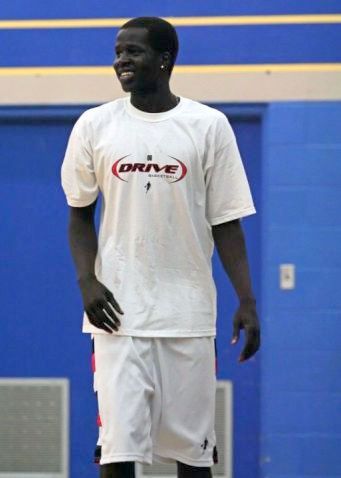 During my time at Gonzaga, I wouldn't have necessarily classified myself as a lover of philosophy. I certainly understood the basics of elementary philosophy, but couldn't really grasp anything beyond on that. However, I think my 4 semesters of philosophy can finally be put to use in this deduction.

Here is a key name from the recent list for the June training camp for the Canadian National team.

Previously, Bol couldn't enter the country to play for Gonzaga, because of citizenship issues, and he couldn't be granted a visa. However, Bol clearly couldn't be called up for the Canadian National team to play basketball if he wasn't NOW a Canadian citizen. If Bol is a Canadian citizen, he can clearly enter the United States of America. Therefore, if Bol can enter the United States of American, he can play basketball for Gonzaga University (look at my Gonzaga education at work).

This certainly goes along with what we had been hearing, which was that everything was looking good for Bol, and I wouldn't be overly surprised to see him here in late June for the second session of summer school. What I do know is this is the most definitive news I have seen publicly on the status of Bol, and I think we can start preparing to finally see Bol in a Gonzaga uniform, after over a year of speculation.

While I didn't mention it earlier, it's also important to note that Rob Sacre was invited to this training camp as well. Congratulations to both Bol and Rob on their invites.