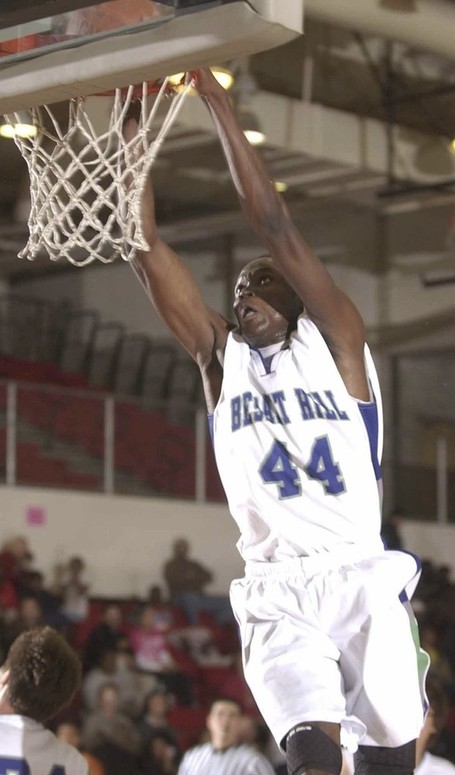 With multiple AAU tournaments occurring every weekend, it's becoming commonplace to have different recruits mentioning or listing Gonzaga as a school of interest. This continued to be the case at the Pangos All-American camp, which took place in Long Beach this past weekend. However, with more recruits mentioning Gonzaga, there was also the case of some top recruits no longer mentioning the Zags. In this recruiting update, we will look at some of the latest news in the Gonzaga recruiting world. Unfortunately, NCAA rules which have prevented coaches from watching these tournaments live until July, has really prevented the coaching staff from evaluating all the prospects they may be interested in.

The first place that we will look is at the Pangos All-American camp, where Gonzaga recruits earned lots of praise, and some new faces included Gonzaga on their list.

One of the stars of the camp was DeAndre Daniels. Scout raved about the play of Daniels throughout the tournament, and here are a couple of things they had to say about the talented 6'7 SF.

DeAndre Daniels, PF/SF: Cut from the mold of a 6-7 tweener who will define his long-term position at another time. He’s super long, live bodied and rangy. He’s got scores of positive physical attributes. Once he adds a post up game he’ll be twice as tough to cover. He impacted games more than anyone Friday night on the court we watched.

DeAndre Daniels, PF/SF: This long, lean combo forward likes to spend majority of his time on the perimeter, and he’s certainly capable of attacking from the wing at times and he’s developed a solid jumper out to 21-feet. On the flip side if he mixed in some post time and hung out more around the rim, he could take his game to the next level. His length, athleticism and overall all activeness are attributes that set him apart. 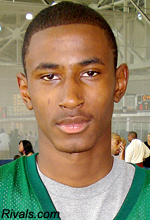 Daniels is one of those guys that has been on and off the radar for Gonzaga over the past year. He recently was classified as a 2011 recruit, which means that the staff will have plenty of time to evaluate his game, and see where he could potentially fit in the offense. I love the potential and athleticism that Daniels possesses, but it should be interesting to see where he ranks among some of the top 2011 guys on the Gonzaga board. Here is the list that DeAndre gave Rivals during the camp.

Ben Vozzola was another name to appear on the Gonzaga radar this past weekend. The Las Vegas native is a 6'4 combo guard, who has the vision and skill set to play PG at the next level. He was impressive at the Pangos camp, as he displayed his potential at the PG position, and also played with unselfishness, which is rare at these tournaments.

Here is what Scout had to say in its evaluation of Vozzola at the Pangos camp.

Ben Vozzola, PG: It’d been a while since we’d seen him. He’s got a frame that you can grow into. He’s a 6-foot-4, lean point man who appears to be a good shooter with solid vision. Physically he’ll be on the mid to high fence. Excellent communicator.

Ben Vozzola is one of those guys you need to project because of body type. Picture tall for position, rail thin

My obvious inclination is that he is a Grant Gibbs type prospect, who really understand the game of basketball, but might not be the type of guys who excels on the AAU scene. I think Vozzola is a name we should keep our eyes on, as he fits the bill of the tall and multi-talented guards that Mark Few seems to love for his system. Here is the school list that he recently have Rivals.

The 6-foot-4 Vozzola entered the Rivals150 at No. 110 last month, and he reportedly has picked up scholarship offers from Colorado State, Northern Arizona, Santa Clara and Utah. There are even more high-profile programs waiting in the wings.

"I think Washington is about to offer and I'm also being recruited by San Diego, Gonzaga and Arizona State."

Vozzola, who said people frequently compare his style of play to Duke combo guard Jon Scheyer, participated at the Pangos All-American Camp over the weekend. The me-first style of play at such events doesn't particularly fit Vozzola's game well, and he was placed on a team with an extremely ball dominant point guard, which led to fewer opportunities. 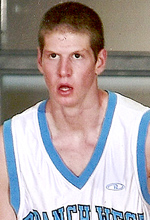 While Daniels and Vozzola are names to keep an eye on, it appears that Keala King and Alex Kirk are looking elsewhere. With Kirk, I'm not that surprised, as he is obviously talented, but has been described as plodding, and suited more for a half court offense. Unfortunately, King has completely blown up this spring, and I wouldn't be surprised if he is a Top 50 player when new rankings are released. Here are school lists for both King and Kirk, with neither mentioning the Zags.

One other name to keep an eye on over the next couple of months is Yannick Atanga. Although he was not a featured performer at the Pangos camp, the 6'8 PF recently mentioned Gonzaga as one of the main schools recruiting him at this point.

"My recruiting is going well. I am mostly hearing from Gonzaga, Santa Barbara, Washington State, Portland, West Virginia and Cal, and I have an offer from Santa Barbara. I like everything I've heard from those schools, but I still have a lot of research to do on them.

Atanga is a raw prospect at this point, but has athleticism and skill that shines through. He is a spectacular shot blocker and rebounder, and actually has the makings of a solid jumper and a decent post game. He also runs the floor very well for a big man, which could make him very appealing to Coach Few. The first comparison that comes to mind is that of Kuso. The bonus with Atanga is that he would have 4 years in the system to get comfortable and improve his skill. We all saw how impressive Kuso was with 2 years in the system, so its fun to imagine what Atanga could be capable of.