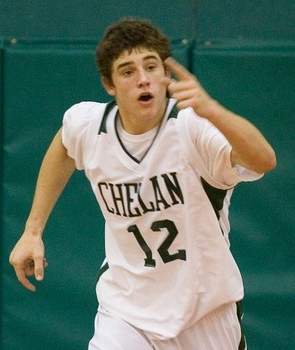 This past weekend, Suwanee, GA played host to one of the biggest AAU tournaments of the spring season. The Bobby Hussey Nike Memorial Day Classic hosted some of the top AAU clubs from across the country, and featured numerous Gonzaga recruits, including Joe Harris, Keala King, Alex Kirk, and Aaron Bright. ESPN Scouts Inc., Rivals, and Scout did a terrific job covering the tournament and each had positive things to report on some of the key Gonzaga targets.

Aaron Bright: Both ESPN and Scout came away impressed by Bright.

ESPN listed Bright under its top surprises of the tournament, and had the following to say:

Bright is a skilled, heady point guard who sees the floor well and is an effective passer with both hands. He knows how to use ball screens and plays with a good pace. He is a deceptive athlete with the ability to change speeds and direction and get by his defender. He is consistent from behind the 3-point arc, shooting off the dribble or using a screen to free himself. He is a high-percentage decision-maker who has a good feel for when to push the tempo and when to pull it back and get some ball movement. He attacks the rim without fear and scored with either hand. He gets up in his opponent's face and does a nice job pressuring the ball.

Scout echoed the views of ESPN, as they loved the competitive edge that Bright displayed:

Friends of Hoop PG Aaron Bright is one competitive dude. A high level shooter from deep, he specializes in using changes of speed to lull defenders to sleep and then split double teams. Point guards are getting harder and harder to come by and he’s a pure one who brings the added dimension of his long range bombing. Those factors and his competitiveness are going to get him long looks this summer

With the signing of GJ Vilarino, I would have to assume that the Zags interest in Aaron Bright is near zero. There is just no need for a PG in the 2010 class. However, Bright has terrific toughness, and it sounds like he will be a great leader from the PG position. I think that Bright will make some school very happy for 4 years, but I just don't see anyway that Gonzaga is that school.

Joe Harris: Playing for FOH in Suwanee, Harris was finally able to show what he is capable of at the National level. It seems that Scout came away very impressed with his performance:

Joe Harris, SG, Friends of Hoop- Pacific Northwest high majors have been lurking while the mids hope he remains a secret and it’s easy to see why. A skilled offensive player who can attack off the dribble or bury deep jumpers, we really like this 6-foot-5 wing’s feel for the game. He’s got a body that can be worked with and will likely be a hot commodity come July.

Harris is a bit of a conundrum for me. I think that he is a talented and solid prospect, who will be a very good role player for 4 years. However, with a limited number of scholarships to give out over the next 2 years, I think that the coaching staff should be shooting for the potentially elite recruits. What makes the situation so tough with Harris is that I believe that if Gonzaga offers, he will end up in Spokane. At the same time, if Gonzaga continues to show interest but not follow through with an offer, they risk the chance of losing a solid recruit from their backyard. It should be interesting to see how this develops over the summer.

Keala King: It's safe to say that King has emerged on the national scene. ESPN, Rivals, and Scout all took note of King and his California Supreme team, as they won the U-17 division.

ESPN had the following to say about California Supreme and King:

The tournament champions, California Supreme, showed that kids from California can be just as hard-nosed and scrappy as the East Coast teams. Lamb, Johnson, 6-2 point guard Gary Franklin (Los Angeles/Mater Dei) and 6-5 Keala King (Long Beach, Calif./Dominguez Hills) all showed that they can hang and bang with anyone.

Rivals came away equally impressed, and immediately gave King a 3* ranking after seeing him for the first time:

Lamb, Franklin and Johnson get most of the attention for California Supreme, but Keala King is one of the their most important pieces. At 6 feet 4, the combo guard can do a little bit of everything. He isn't a great shooter, but King plays hard, plays stingy defense, has the ball on a string and really rebounds. Without King's production there is simply no way they win the championship. Look for King to gain a lot more attention from college coaches with his strong play.

Scout raved about the versatility that King demonstrated, and the confidence that he seems to have gained:

Keala King, SG/PG, California Supreme- One of the biggest eye opener’s of the day, King was terrific in both of his outings. Playing the role of distributor in a buzzer beating win over the Georgia Blazers, the lean lefty made several gorgeous dishes off the dribble. In his second game of the day against D-One, he turned scorer and sliced up defenders off the dribble while keeping them honest from deep. He said that he gained a lot of confidence during his junior year and it certainly showed on Saturday.

It is probably obvious to anyone who reads this blog on a regular basis, but Keala King is the 2010 recruit that I am most interested in. His versatility is incredible, and his passing and slashing ability from the wing are outstanding. I think King will see his recruitment absolutely blow up over the Summer, but I hope that the fact that Gonzaga has shown early interest will help. I think that King has the superstar potential that the staff should be shooting for.

Alex Kirk: The top post prospect on the Zags radar also impressed ESPN this weekend with his solid play:

Kirk was impressive all weekend; he made plays that don't show up in the box score. He is a space-eater who clogs the paint and is difficult to score over. He is an average athlete, but makes up for it with hustle and intensity; he is built for more of a half-court style game. Kirk consistently owned the boards and did a great job banging down low to gain position; he has great hands and didn't lose too many balls once he got control. He is a position defender who is fundamentally sound and plays the percentages; he blocked a few shots, but that is not his strength. He scores most of his points around the rim, muscling his way to the basket and trying to draw contact. He understands how to get big and wide in the post and is solid with his back to the basket. For his size, Kirk has a good stroke at the free throw line. He is a great teammate who plays the role of enforcer.

Despite the praise being heaped on Kirk in this review, this actually made me sour a little on him. While I love the size and strength he possesses, this review made him sound a little less athletic then I had pictured. I also don't like the description that he is built for the half-court style game. Gonzaga needs post players that can run the court and cause damage in transition, and I'm just not sure that Kirk can provide that role.

Based on what you guys know about these recruits, who do you most want to see in a Gonzaga uniform? Who do you think is the best fit, and why?