What Will Happen Before Sunday at 4?

Share All sharing options for: What Will Happen Before Sunday at 4? 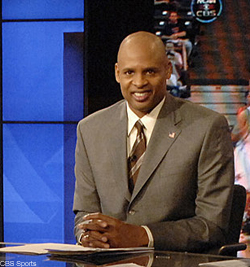 With the WCC tournament completed, Gonzaga fans have a long time to wait before Selection Sunday. The Zags certainly took care of business in Las Vegas, and may have moved up a seed or two with their performance. However, what happens in the next 5 days will certainly have a huge impact on the seed and the opponent that Gonzaga receives. With that in mind, I have a group of random predictions and thoughts that will have some sort of impact on Gonzaga and the NCAA Tournament.

1) Gonzaga will have wins over 3 NCAA Tournament teams:

At this point, we can assume that Tennessee and Oklahoma St. are NCAA tournament locks. Both teams played terrific schedules this year, and although the Vols under achieved tihs season, you can bet both will be dancing. The question that remains is whether either St. Mary's or Maryland can work their way into the dance. Because of their late season swoon, I don't think that we will see the Terps dancing. However, I do believe that the Gaels will sneak into the tournament as one of the last at large bids. It's hard to deny the work that St. Mary's did prior to the Mills injury, and I think that you can expect to see them as a 12 or 13 seed.

At this point, I think you can consider UNC and Pitt to be locks for #1 seeds. I believe that the other two teams will come from the following pool; UConn, Oklahoma, Kansas, Michigan St., and Louisville. Although I don't believe these are the two best teams from the pool I listed, I think that Michigan St. and Louisville will earn the final two seeds. Although its a mystery to me, the Big 10 has been ranked one of the top RPI conferences all season, and the Spartans coasted to the regular season championship. If they take care of business in the Big 10 tournament, which I think they will, I expect to see the Spartans as the #1 seed in the Midwest. My final #1 seed came down to Louisville vs. UConn. Because the Cardinals won the regular season title in the Big East, the committee will give them the benefit over the Huskies. I expect both teams to be in the Big East semis, and that should be good enough to earn Louisville the #1 seed out West.

3) The Washington Huskies will not win the Pac 10 tourney:

There is no denying that the Huskies have had a terrific season, however, there is no chance they win the Pac 10 tourney. Of the Huskies 7 losses this season, 6 came in either a true road or neutral court game. Washington went only 5-3 on the road in conference play, and split on every road trip except for the Oregon schools, which they swept. In order to win the title, Washington must likely defeat Cal and either UCLA or Arizona St. on back to back nights. I don't see this happening with the games being played at the Staples Center. Look for either UCLA, Arizona St., or Washington St. to claim the championship.

For much of the season I have felt that Oklahoma has been overrated. With Willie Warren finally hitting the freshman wall, the Sooners are very one dimensional and have struggled of late. Missouri can also be considered one of the more inconsistent teams in the country. In their last three games, the Tigers dominated Oklahoma, but also were embarrassed by Kansas and Texas A&M. That's why the Jayhawks must be the clear pick to win the Big 12. This team is young, but Bill Self has done a tremendous job getting this talented team to play with cohesion. With that said, I would love to the Jayhawks as the #2 seed in the bracket that the Zags end up in.

5) St. Mary's will be playing the most important game of the season on Friday:

In a brilliant move by Randy Bennett, the Gaels scheduled a game against Eastern Washington for this Friday. Not only does this game give the Gaels a chance to regain some confidence, but it also gives the Gaels another chance to show the committee what they are capable of with a healthy Patty Mills. If Mills plays with composure and shoots the ball well, St. Mary's has an excellent chance to boost their resume before Selection Sunday.

Both these teams have tremendous athletes, as well as a star player who can dominate a game. The team that I am particularly impressed by his VCU. The Rams have one of the top guards in the country in Eric Maynor. This is the same Eric Maynor that led VCU to the upset of Duke two years ago in the NCAA tournament. Maynor averaged 22.4 points and 6.2 assists this year, and has a terrific compliment in Larry Sanders. Sanders is incredibly athletic, and has tons of raw ability. If you are a Gonzaga fan, pray that you don't see either of these teams come Selection Sunday.

With the power conferences getting ready for the key rounds of their conference tournaments, this is the perfect time for the Zags to sit back and improve their seeding. Over the next 4 days, you can expect losses from teams like Purdue, Illinois, Washington, Clemson, Florida St., and Syracuse. All these teams could potentially play their way to a 4 seed by winning their conference tournament. However, any loss by these teams will surely keep them at whatever seed line they are currently on, or knock them back 1 or 2 seeds. With the parity that exists in college basketball, you can certainly expect to see some upsets before Sunday, which means that the Zags can improve their seeding while practicing and getting ready for the biggest month of the season.

What predictions do you all have for the coming days? Please share what upsets we will be seeing, or what you think the final bracket will look like. It should be a fun rest of the week for college basketball fans.