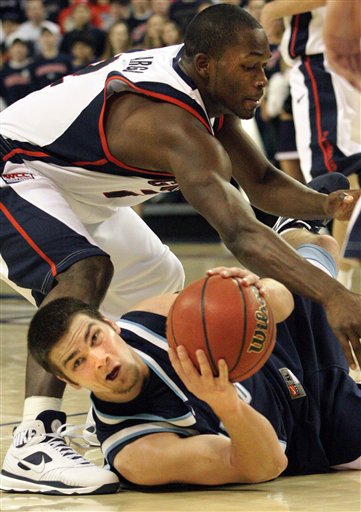 Well it wasn't pretty in Spokane tonight but Gonzaga did end up victorious despite not scoring in the first four minutes and change of the game.  Austin Daye led the way for Gonzaga, scoring 17 points and pulling down eight rebounds.  Jeremy Pargo also played very well but aside from that it was pretty bad.  Matt Bouldin and Steven Gray didn't do a whole lot but the Zags got a nice spark off the bench from Micah Downs and Demetri Goodson, who was excellent in limited action.

We'll have a recap up soon.  With the win Gonzaga moves to 16-4 on the season and is rolling through the West Coast Conference with relative ease.  A big road game against Portland (seriously) awaits Gonzaga on February 5th.