The Wait is Over: Zags vs. Gaels

Share All sharing options for: The Wait is Over: Zags vs. Gaels 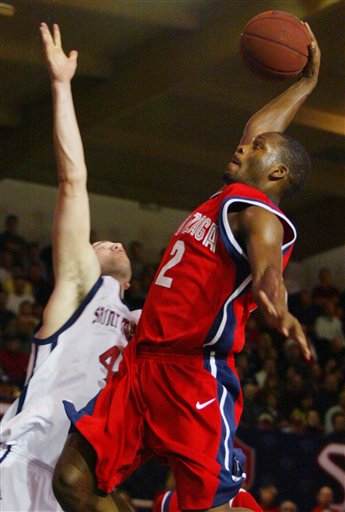 Has there been a more important WCC conference game in the past 10 years? The game tomorrow night features two teams that are trying to send a message not only to the rest of the WCC, but to the entire country. For St. Mary's, this game presents an opportunity to prove that the WCC is no longer Gonzaga and the Seven Dwarfs. It also gives the Gaels the chance to show that their 18-1 record reflects the quality of the team, not the quality of the teams they have played.

With so much at stake, it's no wonder Samhan deemed tonight's opportunity "epic."

"(Beating Gonzaga in Spokane) is something that has to happen. It's necessary," he said. "If we want to be the team we want to be in March, it starts Thursday."

On the other hand, Gonzaga must view this game as a golden opportunity to build on a resume that has the potential to be the best on the West Coast. With the Pac 10 being littered in mediocrity, an undefeated run through conference play, and a victory over Memphis, could give Gonzaga a 3 or 4 seed in the West bracket. It's hard to imagine a WCC game with this much on the line, but tomorrow night could give one of these teams the momentum for a historic season. 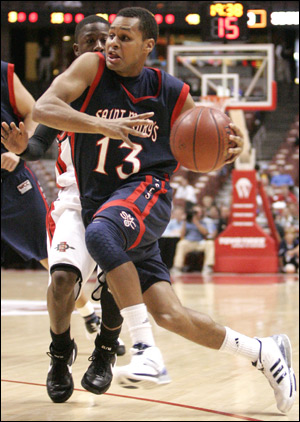 Over the past 5 years, Randy Bennett and his St. Mary's Gaels have been the top challenger to Gonzaga supremacy in the WCC. However, year after year, the Zags still end up on top of the WCC. The reason that this could change is because the Gaels have never had this kind of talent on their roster. You will be hard pressed to find many trios better then the three headed monster of Patty Mills, Omar Samhan, and Diamon Simpson.

Most basketball fans became familiar with Patty Mills after his terrific performance in the Summer Olympics. There are few guards that have the quickness that Mills possesses, and he matches that with a terrific basketball IQ. Mills is averaging a solid 18.7 points and 4 assists per game, but that doesn't mean that he is flawless on the court. Patty is shooting only 42.4% from the field, and he has the tendency to keep shooting even when he doesn't have the hot hand. In their lone loss of the season, a 75-62 loss to UTEP in November (isn't that stunning to think about), Mills shot 5-20 from the field, and also committed 4 turnovers. There is no denying the explosive ability that Mills has, but it's important to remember that he is still young, and tends to force the action. If the Zags can get Mills out of his comfort zone, I wouldn't be surprised to see him start casting up stupid shots and committing turnovers.

The emotional leader for St. Mary's is Omar Samhan. Sadly, many Gonzaga fans only remember Samhan has the guy who got into a yelling match with the Kennel Club, and as the writer of an inappropriate message in which he expressed his "dislike" for Spokane. The reality is that Samhan has blossomed into one of the elite big guys on the West Coast. Samhan is averaging nearly a double-double, as he is scoring 13.9 points and pulling down 9.8 boards per game. He has really improved his range, and can now score from all over the court. You have to respect the confidence that Samhan possesses, but this is the type of big game that he needs to show up in and dominate. Here is a little taste of the cockiness that Samhan brings to the table.

"If they can," Bennett said, "they're going to try and roll over you in the first 10 minutes."

According to Samhan, the time to prevent that is now.

"Gonzaga's been in control of the league the last few years," Samhan said. "We're taking what's ours."

While Mills and Samhan tend to dominate the headlines, Diamon Simpson is the piece that holds this team together. The senior PF is averaging 12.8 points and 10.9 boards per game, and has truly been the model of consistency throughout his career. Simpson has a terrific back to the basket game, and as illustrated by his rebounding stats, he is relentless on the boards. The combo of Samhan and Simpson will be the toughest post duo the Zags have faced this season (yes, I believe they are tougher then the combo of Thabeet and Adrien that UConn has), and this game will rest on how physical Josh Heytvelt and Austin Daye are prepared to be.

When I did my WCC preseason prediction, I said that the Zags would go 14-0 in conference play. At this point, I have seen nothing that makes me think otherwise. St. Mary's is clearly a quality team, but you have to believe that their 18-1 record is a reflection of a relatively easy schedule. Behind a terrific defensive performance by Micah Downs, Josh Heytvelt, Austin Daye, and Ira Brown, the Zags will frustrate the inside duo of Samhan and Simpson. This will force Patty Mills to try and takeover the game, but it will be too little too late, and the Zags will emerge with a 79-66 victory.