Share All sharing options for: Kelly Olynyk Commits to Gonzaga!!!! 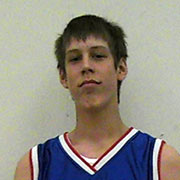 After taking his official visit to Gonzaga in November, many Gonzaga fans assumed a verbal commitment would arrive shortly. Although it took a little longer then many people might have expected, Olynyk verbally committed to Gonzaga on Sunday night. Here are some quotes from the Spokesman Review story (click here to read full story) on Olynyk:

"The biggest thing I said to Kelly and the thing I wanted to make sure of was that he was real comfortable with his decision and that he was excited about it," said Ken Olynyk, the athletic director at Thompson Rivers University in Kamloops, who also has 25 years of coaching experience at the collegiate level. "When he called coach (Mark) Few (on Sunday night) I could see he was excited about it and he felt he made the right decision, and that’s what I wanted, the right decision for him."

According to the article, Olynyk also took visits to San Diego, Syracuse, and Providence. He also received an offer from Rhode Island, and was close to being offered by NC State.

The Slipper Still Fits would like to welcome Kelly to Gonzaga. It sounds like the Zags have landed a special player, who can score from all over the court. It should be fun to see how Kelly develops as a player over the next 5 years.