Share All sharing options for: All I Want for Christmas is..... 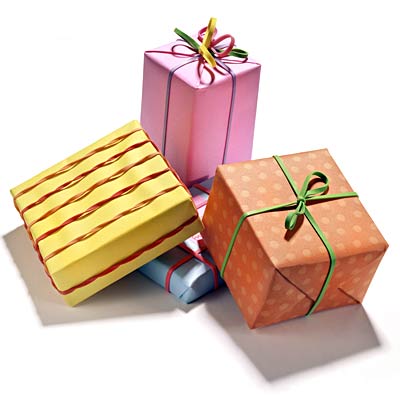 With the holiday season in full force, The Slipper Still Fits thought that we would make our own holiday wish list. The loss to Portland St. still stings, but I firmly believe that this is the type of defeat that will catapult this team to bigger and better things. However, for this team to reach its potential, each individual will have to deliver on the christmas gift that we asked for.

Jeremy Pargo: Stop worrying about what the NBA wants. I know that NBA scouts told you that they want to see you run this team, but it's time for you to fully understand what that means. There are going to be games that you need to take over by scoring on damn near every possession. When the game against Portland St. was tied with 2 minutes to go, you should have put the team on your back and dominated. This did not occur, and for that reason, the team lost. All is ask for from you for Christmas is that for the next 4 months, you play how this team needs you to play, and don't worry about the NBA scouts.

Josh Heytvelt: Watch film of Kuso for 10 hours a day. I have really loved what Josh has been able to do on the offensive end, but his play on defense and on the glass is not acceptable. How does someone as physically dominating as Josh only average 6.1 rebounds per game? The key to being a great rebounder is effort. It doesn't matter how tall you are, or how high you can jump. Proper positioning and effort will make any basketball player a great rebounder. If you look back at the UConn game, Micah Downs was a dominant force on the glass. The reason he was able to rebound against the likes of Jeff Adrien and Hasheem Thabeet was because of his relentless effort. All I ask for from you for Christmas is that you maximize your effort on the defensive end and the glass. You can be a great rebounder, you just have to want to be.

Austin Daye: Be the dominate player that you are a capable of being. In the losses to Arizona and UConn, there were portions of the game when you demonstrated just how freaking amazing you can be. It's time for you to start bringing your best for 40 minutes every game. It is also time that you demand the ball in crunch time. With your height and length, you have the ability to be unguardable on the offensive end. In a close game, you need to demand the ball and put this team on your back. The combo of you and Pargo can be one of the best in the country, but it's time to prove that. There is no questioning your great abilities, but it is time to display them in the biggest moments. All I ask for from you for Christmas is consistency and the will to dominate.

Matt Bouldin: Play your best against the best. I am sick and tired of seeing you score 20+ points against the LMU's and Portland St.'s of the world. You are a three year starter in this program, and it is about time that you play like it in big games. The performance against UConn was an abomination. We all know that you are capable of being a top player against any competition, but it is time that you begin to show that. I have so much faith in your decision making and talent, but for some reason you continue to be erratic during the biggest games. I'm not talking about having a great scoring game or anything like, instead just put together a strong performance when it matters. All I ask from you for Christmas is that you play your best when this team needs you in March.

Micah Downs: I hope you realize how important your role is on this team. There are going to be games where you need to put scoring on the back-burner. For this team to reach its potential, you need to embrace the role of Erroll Knight. You have the ability to be so dominant on the defensive end, and the heart and effort you have exhibited on that end of the floor has been terrific. However, with all the scorers we have on this team, pick your times to be aggressive on the offensive end. There have been times this season where you have settled for contested and deep 3's early in the shot clock. That is not what we need from you. All I ask from you for Christmas is that you continue to play great on the defensive end, and play a little smarter on the offensive end.

Meech Goodson: Keep doing what you are doing. You have been everything that you were advertised to be and more. Even against some of the top teams in the country, I have nothing but full confidence in you. There are times I think that Coach Few should use your speed and great defensive ability a lot more then he does. We need you to keep improving and to keep pushing Jeremy and the rest of the guards everyday in practice. All I ask from you for Christmas is more of the same.

Rob Sacre: Stay off your feet for the next week. This team needs your presence in the post to rebound and bully around smaller players. I underestimated how important you are to this team. You need to be that big body off the bench that brings lots of emotion and energy to the game. Drink 10 cups of milk a day and take as many calcium tablets as humanly possible. All is ask from you for Christmas is that you do everything in your power to be healthy.

Coaching Staff: This is your opportunity, make the most of it. Never will you have a better chance at winning a national championship. No longer is Gonzaga the cute mid-major. It's time that you recognize that you are coaching a national powerhouse, and that just making the NCAA Tournament isn't enough. I have always had faith in your abilities as a staff, but you must recognize the challenge and opportunity that you are being presented with. You must prove that are capable of managing high-profile recruits, and adapting to the team you have. Not every team is the same, and I am hoping that you recognize the need to change systems and styles from year-to-year. The greatest mark of a coaching staff is how they adjust from game-to-game and season-to-season. All I ask from you for Christmas is that you unite this team and take advantage of the rare opportunity that this team presents you with.

What does everyone else think? What do you want for Christmas from this team and this coaching staff?