Price is Wrong for the Zags

Share All sharing options for: Price is Wrong for the Zags 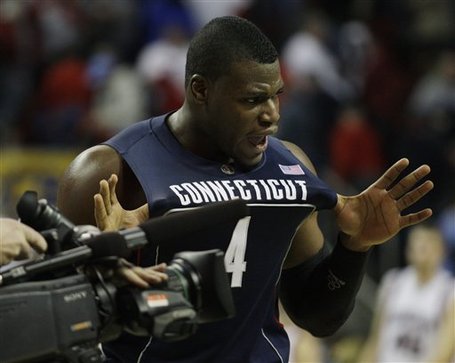 Top 10 teams...check. High quality basketball...check. Great game atmophere....check. Gonzaga victory.....nope.  In front of a loud and racous crowd at Key Arena, the Gonzaga Bulldogs and Conneticut Huskies played one of the finest college basketball games I have ever seen in person. However, as a Gonzaga fan, this is a game that will haunt me until March. 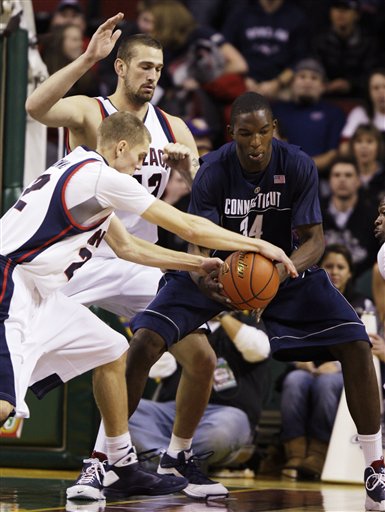 Not to take anything away from the UConn Huskies, but the Zags through away a victory today. Mental errors from the usually reliable backcourt of Jeremy Pargo and Matt Bouldin doomed this team in crucial times. But there are other factors that contributed to this devastating defeat.

Why The Zags Lost:

"They’re one of the best teams in the country, if not the best, and we had them beat for 40 minutes of that game except the last nine seconds," said Pargo, who battled leg cramps most of the second half. "We had every opportunity to win that game. Mistakes killed us, killed me."

What positives can the Zags take from this loss:

While this was a tough loss, I suggest Gonzaga fans take this quote from Micah Downs to heart.

"We had the game. We just have to move on and get ready for the rest of our schedule."

And this great quote from UConn coach Jim Calhoun

"They are a major-major basketball team. I don't want to hear anymore about them being a mid-major," Calhoun said. "We've played them what, four or five times, and every game has been tough."