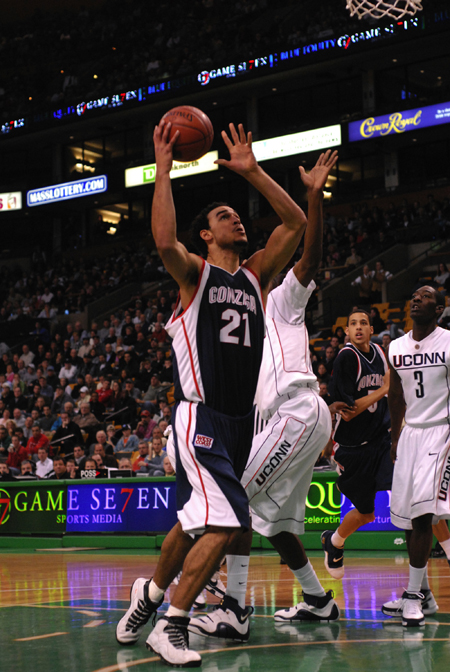 Just as it seemed that Rob Sacre was rounding into shape from his pre-season foot injury, it appears that the injury bug has struck him again.

The Slipper Still Fits can confirm that Rob injured his foot in practice yesterday. Apparently, the injury is some type of fracture/break that should keep Rob out of action for between 2-4 weeks. While this does mean that Rob should be ready to go by WCC play, his presence off the bench will be missed in the upcoming game against Arizona, UConn and Utah.

With this injury, expect to see increased minutes from Ira Brown and perhaps Will Foster. Ira has shown that he has the strength and toughness to battle against any player in the country, but with the upcoming games against Jordan Hill, Hasheem Thabeet, and Luke Nevill, Ira will have to elevate his game to another level.

The Slipper Still Fits would like to wish Rob a quick recovery. His energy and toughness off the bench will be missed in the coming weeks. This will really test the post depth of this Gonzaga team, but hopefully the Zags can pull it together and keep this undefeated season going.